What is IDO? How It Is Different From Other Crypto Fundings?

by Anahit in ICO/IEO/STO 101, ICO For Beginners

IDO (Initial DEX Offering) also known as Initial DeFi Offering is a type of fundraising managed on decentralized liquidity exchanges like UniSwap, Balancer, 1INCH, and others. This makes it different from other methods of crypto fundings (ICO, STO, IPO, IEO).

Trading on decentralized liquidity exchanges is done due to liquidity pools, which represent pairs of cryptocurrencies and stablecoins. For instance, USDT/ETH is a liquidity set. This kind of DEXes aims to balance the rate variations of crypto assets with stablecoins' constant nature, making swapping convenient.

When someone launches an IDO, they can access liquidity directly. The first IDO was created by Raven protocol on Binance DEX on June 17, 2019.

What are the steps of IDO accomplishment?

The creator of the product can organize IDO either offline with its own IT workframe or online via blockchain. There are four steps to carry out the process:

What is the difference between IDO and IEO?

Both IDO and IEO are financing ways organized on exchanges. The contrast is that in the case of Initial Exchange Offering there is a centralized exchange host that raises funds on behalf of startups.

Teams that choose this method, will have to pay a network listing fee. As for IDO, it is self-handled and decentralized, so the issuers don't need to pay exchange fees. Moreover, in comparison to IEOs, which don't allow to list tokens on other markets, IDOs don't have this limit.

Another fact to take into account is that IEOs allow only users of the platform to take part in the process. On the other hand, IDOs enable anyone to originate and take part in the financing, not only private investors.

Financial backing via DEXes appeared later than the other types. It has some shortcomings. One of them is that IDOs aren't controlled by anybody (as they are decentralized). Besides, the prices of tokens can see huge volatility resulting in whales' activity. Investors can acquire as many tokens as they want. There is no limit and that may cause confusion about the raised sum. It is also essential to be aware of possible fake tokens. So, before investing in IDOs one must study the market deeply and not make huge investments.

Some Examples of Initial DEX Offerings

After the first IDO held by Raven Protocol took place, interest in this type of fundraising has grown. As for Raven, its IDO lasted 24 hours. A sum of 3% of the supply was doled out, and the price of each Raven token went up to 0.00005 BNB.

Raven is a distributed and deep-learning education network with its native token.

UMA (Universal Market Access) is an Ethereum-powered platform for building and swapping synthetic assets. It was founded by Hart Lambur and Allison Lu in December 2018. In April 2020 the network launched an IDO for its governance token UMA on UniSwap.

In terms of the offering, 2 million of UMA’s 100 million original supply was sold at a price of about 0.26$USD. 14.5 million of the tokens were maintained for the next sales, 35 million were dispersed among the network's engineers, and 48.5 million were held by the issuers of the projects Risk Labs Foundation.

Compound is an Ethereum-powered DeFi lending platform that allows people to earn rewards by depositing or to borrow against collateral. The network is among the leading dApps. It was founded in 2017 by Robert Leshner and Geoffrey Hayes.

On June 16, 2020, Compound launched its governance token COMP via IDO on UniSwap. The funding had great success setting new records in DeFi. In two days the token appeared in the top 20 by market cap.

The allotments of the token's supply is done this way: 4.2 million of the total 10 million supply is kept into a “Reservoir” settlement. In 4 years, the tokens will be distributed among the Compound users. About 2.4 million will be allocated to Compound labs and shareholders and 2.2 million to founders and the initial team.

Balancer is an adaptable automated market maker (AMM) developed on Ethereum and released in March 2020. The founders of the network are Fernando Martinelli and Mike McDonald. In June 2020, the team launched a governance token, BAL.

The remaining tokens are to be mined by liquidity providers on the platform and are released at a rate of 145K per week. Provided the distribution rate is kept constant, it would take around 8.6 years to finish distributing the tokens.

With the increasing popularity of the DeFi industry, many IDOs are expected to be held in the near term.

Although this type of financing has issues to find solutions to, it offers a number of opportunities like access to secondary markets or immediate liquidity. It is hard to tell if this model of financial backing will prevail in the future getting ahead of ICOs and IEOs, but it will have its place in the industry. 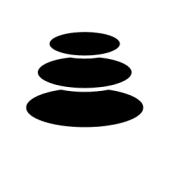