With Ethereum's hitting a new all-time high of $4.664 on November 3, most altcoins increased in price.

On November 2, Polkadot crossed the milestone of $50. On November 3, the token's price reached $54.55. Currently, DOT is the 8th largest cryptocurrency with a market cap of over $52.6 billion.

The surge happens when the parachain auctions are expected to launch soon. Polkadot's upgrade is meant to increase scalability.

Solana's native token SOL reached $247.62 today, and Avalanche (AVAX) hit $80.97. Along with the growing number of projects built on Solana, the protocol attracts the interest of institutional investors. SOL is the 4th largest crypto, coming after BNB.

The popularity of the Layer 1 blockchain Avalanche also surges.

Trending: Wells Fargo Says Crypto Can Be a Part of the Next Digital Era

On November 1, the team launched a $200 M development fund called Blizzard. Avalanche's native token AVAX now is the 13th largest crypto. Its market cap is over $17.1 B.
altcoins Solana Avalanche 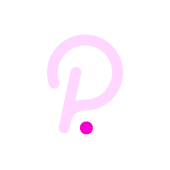 46 minutes ago by Diana

Capitalization of Tether increased by $2 billion

3 hours ago by Diana

5 hours ago by Diana