by Anahit in DeFi News

Twitter has permanently banned the account of Stani Kulechov, the founder and CEO of leading DeFi platform Aave. 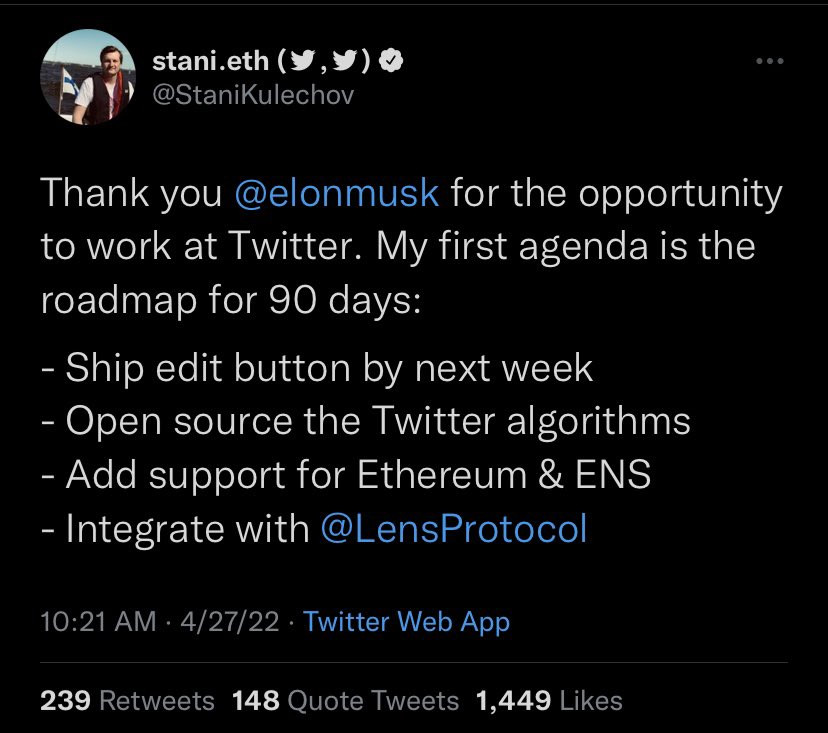 According to Twitter rules, when an account is suspended permanently, the user won't be allowed to create new accounts.

However, there is an option to appeal suspensions if users believe Twitter has made an error. Wether Kulechov will appeal or no is uncertain.

On April 26, it was announced that Twitter accepted Tesla CEO Elon Musk's offer to buy the social media company for $44 billion. The deal is expected to close sometime this year after stockholder and regulatory approvals. Until then, current CEO Parag Agrawal will coninue to be the CEO of the company.

A hacker attacked the DNS server of the Convex Finance project

JPMorgan to Make Trillions of Dollars of Assets Available in DeFi